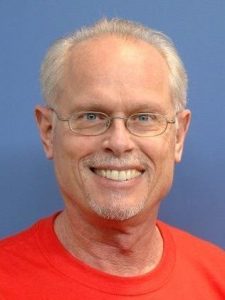 “Paul Blodgett is a tremendous educator and a great goalkeeper coach. He is someone who knows what it takes to train and motivate a goalkeeper to reach the next level.”

Paul is a native of Hilton, NY, outside of the Rochester area. He is a graduate of Hartwick College in Oneonta, NY, which is where he generated his interest in the game of soccer.

After receiving his Master’s Degree in Physical Education and Health from Springfield College in Springfield, Massachusetts, Paul remained in Massachusetts and taught at Agawam High School for the next five years. While at Agawam, he took on the head soccer coaching duties where he led the team to its first ever, state championship tournament. During this time, Paul was also the head coach of the girl’s varsity track team, which is a program that he inaugurated at the school. He then moved to Nasson College in Maine, where he worked with Bob Reasso in building the soccer program there. While at Nasson, Paul was also the head basketball coach and athletic director. He then joined Reasso at Rutgers in 1981.

At Rutgers, Paul was the goalkeeper coach during the school’s most successful years, and was instrumental in developing the team into one of the top Division I programs in the country; 11 NCAA appearances, 3 Final Four tournaments, 6 Conference Championships, including the Big East Championship in 1999 (the first ever for Rutgers in any sport in the Big East Conference).

Paul’s coaching at Rutgers included two All-Americans in Billy Andracki (formerly with the Rochester Rhinos) and Jon Conway (former MLS goalkeeper with the San Jose Earthquakes and NY Red Bulls). Paul also trained Saskia Weber, who was an All-American at Rutgers, and who was a member of the Women’s National Team that won the World Cup. Five other goalkeepers at Rutgers achieved All-Region honors, and many of them went on to play professionally.

The list of keepers with whom Paul has worked is continuing to grow impressively. Keepers who have an interest in competing at the highest levels have been gravitating to him as a resource in their final preparations for their upcoming seasons. Paul has helped professional goalkeepers Billy Gaudette, Bryan Meredith, Ian Joyce and Neal Kitson in such preparations. Most notably of late is the association with Karina LeBlanc, the Canadian Women’s National Team Goalkeeper. Karina is one of the top woman goalkeepers in the world and she and Paul have established a relationship that has extended in bringing the best in knowledge to keepers of New Jersey. Karina was the league’s Top Goalkeeper in the W-League in 2005 and she captained her team, the NJ Wildcats, to its first National Championship. Paul was the goalkeeper trainer for Wildcats in ‘05, a team ranked among the top in the world. Other world class keepers with whom Paul has worked are: Karen Bardsley, England WNT #1 and Jillian Loyden, formerly with the USWNT. Paul had the chance to work with Tim Howard of the USMNT when he was in the North Brunswick, NJ school system before his jump into the professional ranks. Paul is still associated with Tim and works with him as one of the Directors in The Complete Soccer Goalkeeper Academy Camp, a high level training camp that is run by Tim and the renowned Tim Mulqueen, one of the top goalkeeper trainers in the country.

Paul has added his involvement at the state level as he is the Technical Director of Goalkeeping for Boys/Girls with NJYS. Many young coaches, who have an interest in training keepers have established relationships with Paul as a means of gaining knowledge and respect in teaching the position.  Notables are Ryan Hayward, GK Coach with the Princeton Men’s Program, Lubos Ancin, GK Coach and Assistant with Rutgers Women and Rob Nydick, former Head Men’s Soccer Coach at Arcadia University, all whom are outstanding coaches. Coach Blodgett is in demand for clinics at all levels and regularly travels to conduct training sessions and seminars on the position throughout New Jersey and the US.

Paul is dedicated to bringing proper teaching techniques to the position as well as proper awareness to goalkeeping. He has been active in teaching goalkeeping within the State Licensing Programs in NJ and has done work with National programs. Coach Blodgett is also involved in an innovative program designed by former Rutgers standout player Tyler Isaacson, Founder of YouthSoccer101. The program involves a series of training videos for young keepers, designed so that they can learn and practice the proper developing techniques needed to play the position on their own at home. Other take home training programs involve training with another player. Other current projects include writing a book on how to train the position, as well as what it takes to play the position, a writing base on observations of being in and around the position for over 40 years; Paul is also working closely with close friend, Tom Goodman, (President and Founder of World Class Soccer and former DOC of USYS) on a comprehensive GK Curriculum that will be a complete guide for coaches on how to train the position from the 8U to 18U age groups.

Paul has trained hundreds of high school goalkeepers throughout New Jersey and the US, many of whom have helped their teams to successful seasons and many of whom have gone on to compete successfully at the collegiate level. His involvement in training goalkeepers of club teams has been extensive throughout the state as well, including: The PDA, Scotch Plains/Fanwood SA, NJ Elite, FC Berna/Legacy, Watchung Hills SA, Manalapan SC, Burlington SC, GAK, South Brunswick SC, Westfield SC, Stronghold SC, Hunterdon FC, NJSA04, Lawrence Hamnett SA, Jersey UTD, Roxbury SC, and Wall Soccer. He has trained and had an influence on literally thousands of goalkeepers during his career.

Coach Blodgett is a holder of a USSF “B” license and the National “Y” license from US Youth Soccer. His greatest attributes are his unique ability to relate to keepers of all ages, his motivational skills and his positive energy and enthusiasm. He is highly respected by both players and coaches of all levels.

Send Us an Email